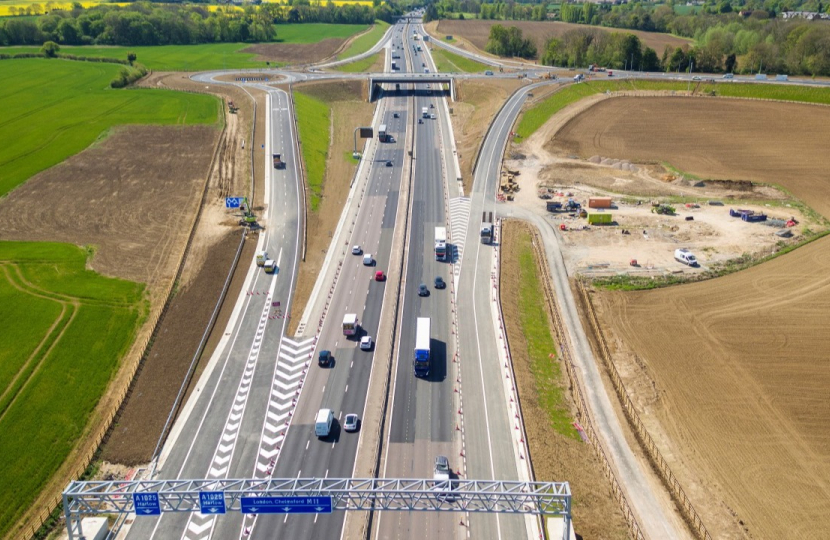 Back in 2007, before I was first elected as the Member of Parliament, I started a campaign called ‘Fed Up with Harlow Traffic’. The purpose of this campaign was to get an extra road junction built for our town to help ease the traffic gridlock whenever there is an accident or roadworks of any kind.

Not only will this junction help to ease the flow of traffic, it will boost Harlow’s economy by unlocking thousands more jobs and homes, and by bringing even more business investment into our town.

I would like to thank Cllr Michael Garnett, Cllr Michael Hardware, Cllr Eddie Johnson and Cllr Clive Souter from Harlow County County in addition to Essex County Council for their ongoing support, and the developers, the GRAHAM Group who have bucked the trend of all building contracts and have managed to finish this gargantuan task two months ahead of schedule.

A total of £81 million has been invested into this project since it first began and I am delighted that the new 7A Junction will open tomorrow. It is at the heart of our Levelling Up agenda, building an even better Harlow through creating more development, investment and prosperity.