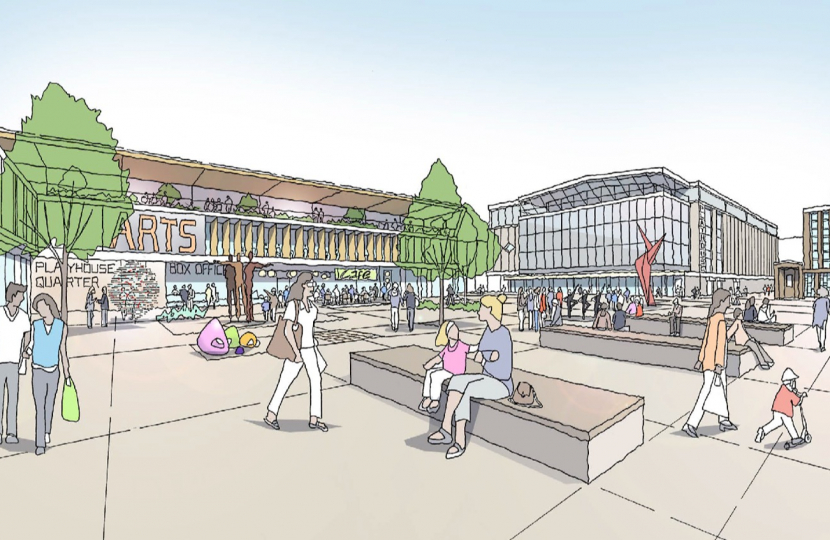 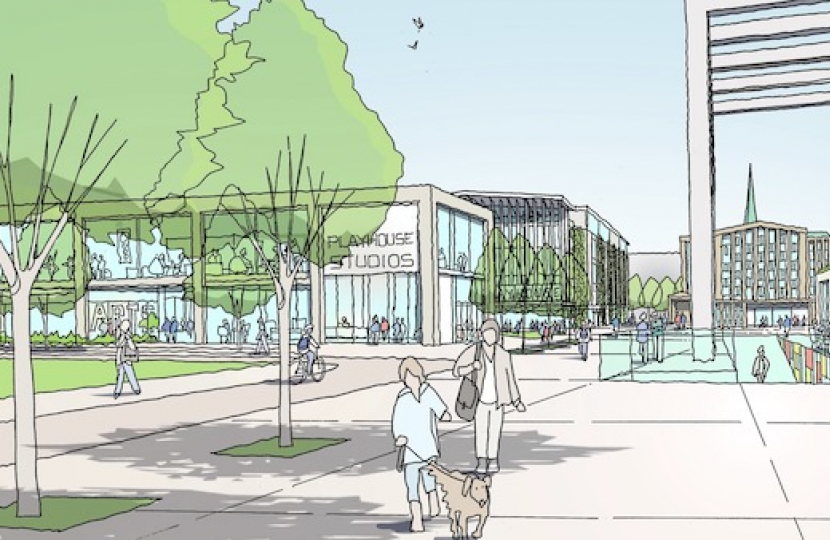 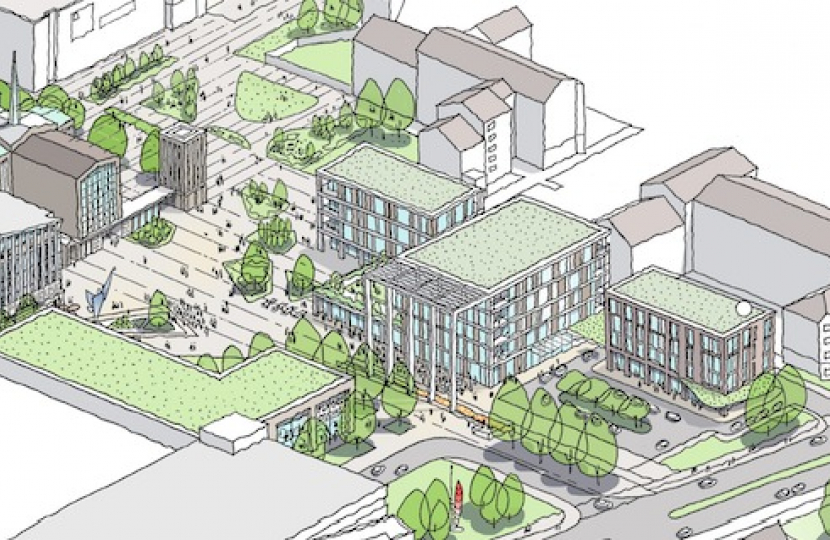 Harlow MP, Robert Halfon, has strongly welcomed the Government’s decision to award almost £20 million to build an even better Harlow. Working with Harlow’s Conservative-led council on the successful funding bid, Robert Halfon has lobbied Ministers to secure vital funds to make our town an even better place to live, work and grow up.

The funding comes to Harlow as part of the Government’s Levelling Up Fund, designed to invest in towns and cities all over the country. This latest funding worth £19,999,265 comes in addition to:

Commenting on the £20 million announcement, Mr Halfon said, “I work hard everyday for our town to ensure we secure all the funding that we need to build an even better Harlow.

“The £20 million of levelling up funding will be used in line with the Council’s Town Centre Masterplan to transform Playhouse Square and College Square, delivering new live music and performance spaces, a contemporary bar and cafe to enhance the town’s nightlife, and new workshop spaces to deliver art exhibitions, a music school and community spaces, as well as upgrades to the Playhouse and a new gallery.

“Under this Conservative Government, Harlow has had investment like never before, truly worth hundreds of millions. We are regenerating our town for our residents, building an even better Harlow and making it a great place to live, work and grow up.”

“That’s why we are backing more than 100 projects with new transformational funding to level up local communities across the United Kingdom. By reaching even more parts of the country than before, we will build a future of optimism and pride in people’s lives and the places they call home.”

Michael Gove, Levelling Up Secretary, also commented, “We are firing the starting gun on more than a hundred transformational projects in every corner of the UK that will revitalise communities that have historically been overlooked but are bursting with potential.

“This new funding will create jobs, drive economic growth, and help to restore local pride. We are delivering on the people’s priorities, levelling up across the UK to ensure that no matter where you are from, you can go as far as your talents will take you.”

Councillor Dan Swords, Cabinet Member for Regeneration at Harlow Council who put forward the bid, added: “This is an historic day for Harlow signalling the end of our declining town centre with an almost £20 million investment, that, working with Robert Halfon MP, we have secured from the Government to genuinely transform Harlow’s town centre. This is delivering on our promise to completely regenerate the town centre with our masterplan.

“That’s why we bought the Harvey Centre and Occasio House just before Christmas, it’s why we’re delivering the £23.7 million Town Deal investment from the Government, it’s why we secured the £46 million investment from Strawberry Star: to truly transform our town centre into one that everyone in Harlow can be proud of with high-quality shops, bars, restaurants, entertainment offerings and with this investment - a new live music venue, an even better theatre and much more besides.

“It is the Harlow Conservatives and Robert Halfon MP that are delivering on the pledge to restore pride in our town centre with a once in a generation programme of regeneration.”