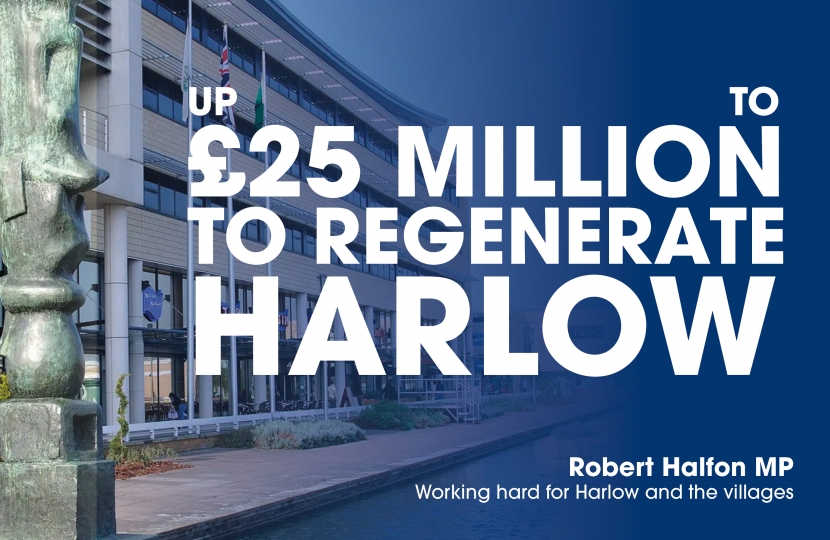 I really welcome this debate. Harlow has been my home for 20 years. It is a town of achievement, aspiration, community and opportunity. Whilst Harlow may not yet have enormous reserves of economic capital, it has enough social and cultural capital to fill any vault in any bank.

I would like to take this opportunity to pay tribute to the Government for recent investments in our town. Harlow has received £50 million for M11 Junction 7A, hundreds of millions for our new Harlow hospital and major investment for our enterprise zone. I am proud to note that Harlow College is one of the finest colleges in our country and Harlow is on its way to becoming the skills capital of the East of England, following a recent £3 million upgrade for T-Level delivery and the construction of the £12 million Advanced Manufacturing Centre.

I also welcome that the Government has already committed £300 million to the creation of a Public Health Science Campus in Harlow in anticipation of PHE's expected move. I look forward to the Government confirming further funding for this project in the next spending statement.

Despite all of this, Harlow remains the second most deprived area in Essex. It is essential this is recognised in the Government’s levelling-up agenda. Part of the Town Centre is in a state of disrepair, plagued by antisocial behaviour. Our neighbourhood centres are in desperate need of regeneration.

Harlow’s Towns Fund bid sets out to remedy these problems and address the challenges posed by ageing infrastructure, through town centre improvements, the redevelopment of Staple Tye neighbourhood centre, measures to increase connectivity at the enterprise zone and investment into a new Institute of Technology.

Sadly, we lost out on £10.4 million from the Future High Streets Fund because the Government procurement letter stated that Harlow Council’s bid, “did not meet stringent criteria on value for money for the taxpayer”.

The Towns Fund is a real chance to make up for this loss. It would be the thread that ties together all of the Government’s recent investments into Harlow.

The Town Centre must be fit for purpose to support economic growth, social capital and make Harlow a place that offers community, security and prosperity for our citizens. A town that aspirational people want to move to.

I want to give special thanks to the Minister for the Towns Fund, all members of the Harlow Growth Board, the Chief Executive of Harlow Council and the senior officers who are working day and night to make this bid succeed. I hope that this time our bid will be a success and that our town will get the much needed funding that it deserves.