I disagree with our Minister. Schools should focus on preparing pupils for work – not the acquisition of knowledge. 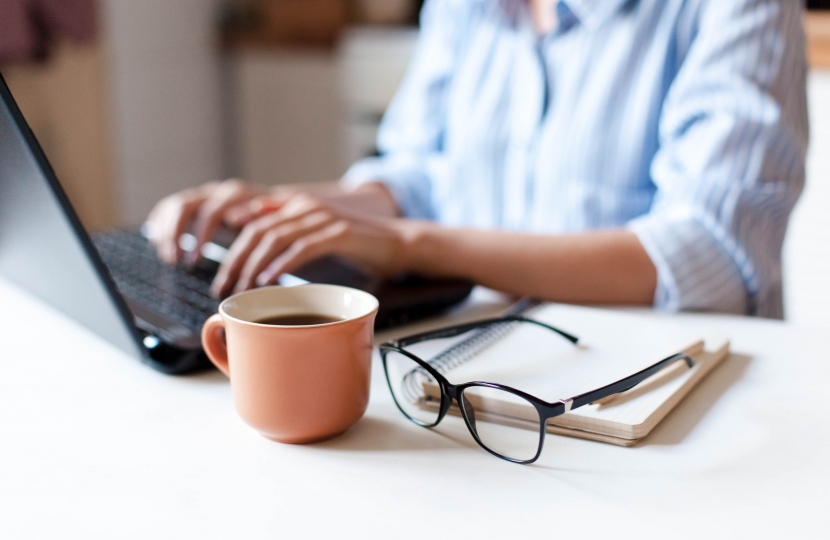 In an eye-catching ConHome article, the Schools Minister, Nick Gibb, recently emphasised the need to maintain school standards as we navigate the wreckage of the pandemic.

There was much to like about Gibb’s piece. He has long extolled the virtues of aspiration, hard work and resilience – and he has worked with laser precision to raise school standards.

I greatly admire his and the Government’s work. The proportion of pupils passing the Year 1 phonics screening check increased from 58 per cent in 2012, to 82 per cent in 2019. We are stripping out qualifications that hold no real currency.

We now have a system that encourages schools to innovate and raise their games. Our free schools programme continues to produce gems like King’s College London Mathematics School. New, more rigorous apprenticeship standards are replacing older frameworks. And we have some of the finest universities in the world.

However, nestled in the long-grass of Gibb’s article was this astonishing claim: “We must strongly resist the calls from those who talk about ripping up our curriculum to make it more ‘relevant’ or to make it solely about preparing pupils for work.”

While education wears many hats, its primary purpose must surely be employment.

Without employment, we lose the means to meet our basic needs. The Government loses its ability to raise taxes and pay for key public services. We seize to trade – to swap goods, services and ideas. Employment also shapes our identities – it gives us structure, a sense of purpose and dignity, and a means of building new friendships.

Given the paramount role of employment at the root of society, we should always do what we can to stimulate good jobs. That means creating the right economic climate for investment and growth, and making sure people have the right skills.

Yet the latter is increasingly uncertain. Why? Because the march of the robots is well and truly in motion. Doomsday predictions about mass unemployment are off the mark, and revolutions in robotics, artificial intelligence and other areas will produce new jobs – but only if people have the right skills to do them.

The pace of change is electrifying, too. According to a study by PwC, 28 per cent of jobs taken by 16-24-year-olds could be at risk of automation by the 2030s. NVIDIA, a superchip company in my Harlow constituency, told me that coding will soon be redundant in its workforce as software begins to write itself.

As our labour market thunders towards the digital age, we must urgently reconsider how our education system can support the skills of the future.

A knowledge-rich curriculum with a narrow focus on traditional subjects, and a tired system of assessment, can only get us so far.

Yes, knowledge is important – people need to reach a certain level to contextualise their learning and development. But skills-based learning must not be crowded out by overemphasising this.

The Department for Education’s Employer Skills Survey, the CBI, the OECD and the World Economic Forum all suggest that the jobs of the future will place much stronger emphasis on skills such as collaboration, communication, problem solving, emotional awareness, creativity and entrepreneurship. Time and again, my parliamentary committee has heard the same.

There must be enough space to develop these skills – and, crucially, the aptitude to adapt and retrain as knowledge quickly fades (as will increasingly become the case); currently, we don’t spend enough time on these things.

This harms us all, but it deals disadvantaged pupils the heaviest blow. For these children, the current approach has reached its limits: while the GCSE attainment gap (the difference in academic development between them and their peers) closed from 20.4 months in 2011 to 18.4 months in 2017, progress has ground to a screeching halt (between 2017 and 2019, it remained stuck at 18.4 months).

We must therefore change what, and how, we teach our children – an engaging form of pedagogy that builds in more applied and interdisciplinary learning. Highly-rated schools like the XP School in Doncaster, and School 21 in Stratford, give us a glimpse into how this might be done.

The XP School uses an interactive model of learning that breaks down conventional silos between subjects; pupils learn in more personalised ways which are brought to life through fieldwork in their local community – and they hone essential skills by adding oral presentations, projects, portfolio work, practicals and group assignments to written exams. School 21 places a strong premium on verbal skills – the spoken equivalent of literacy – in its curriculum, with impressive results and is ranked “Outstanding” by Ofsted.

A Levels should also be replaced with a Baccalaureate-style of qualification. Our post-GCSE education is currently very narrow when compared to successful education systems across the world, where most pupils in upper secondary education study more subjects. It is not helpful to expect pupils to make life-changing decisions that shape their career paths at 16, and it is also not sensible to ask pupils to study such a narrow range of subjects from then on.

We also don’t push basic skills enough after 16 – which goes some way to explaining why a third of young people in England still leave education without being able to read, write and count properly. One way or another, all pupils should be doing some sort of numeracy and literacy development until they are 18, even if those skills are more functionally entwined.

Lastly, pupils need far better access to vocational paths, if it is clear that their strengths and passions lie in those areas. In many other advanced economies, technical routes are a well-respected, and well-oiled, part of the educational machinery that exists.

In Switzerland, for example, around two thirds of students in the final part of their secondary education choose a vocational pathway – mostly doing courses that combine classroom learning and on-the-job training.

Moreover, in Canada, provincial governments have broadened the curriculum to good effect. For instance, in British Columbia, the Dogwood Diploma includes a blend of mandatory credits and optional units, taken over three years (15-18).

Pupils take English (or French, if their native language), maths, social studies, science and PE – and then choose a careers programme and either a fine art or an applied skills subject. The government of British Columbia cited research showing that students who focus on areas that interest them are more engaged in school and more likely to complete their courses.

It isn’t just because other countries have adopted a Baccalaureate model for education that we must follow suit, but it actually improves outcomes. Not only does it boost access to participation in Higher Education (and is linked to higher retention rates), but the University of Melbourne concluded in one paper that the International Baccalaureate (IB) has significant longer-term benefits:

“For many people, the IB has considerably influenced and shaped their working lives. This was evident in reflections on how the IB had provided people with particular skills or dispositions, such as understandings of cultural difference, the capacity for analytical and critical thinking, the development of high-level written skills, and the acquisition of foreign languages. These factors were noted as having directly and positively impacted on their working lives.”

John W. Gardner – the Republican US reformer who served as Secretary of Health, Education and Welfare in the 1960s – once said: “All too often we are giving young people cut flowers when we should be teaching them to grow their own plants.”

That sentiment is increasingly true of our education system today.

We must act now so that, rather than be deposed by the future of work, our children can embrace it confidently and climb the ladder of opportunity.