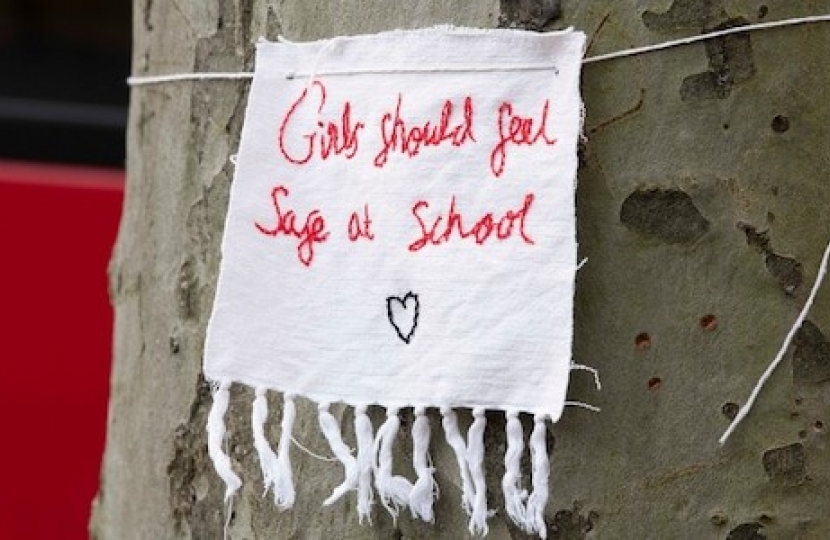 First published in The Telegraph:

What has been allegedly been going on in some of our country's distinguished schools is appalling. It seems almost as if a Lord of the Flies culture has engulfed respected private education institutions and spread to some state schools too.

Countless stories have emerged of female pupils being objectified, harassed and sexually assaulted. Websites set up by these students have highlighted "a rape culture". Moreover, it appears senior school staff have been at best unable or at worst unwilling to deal with what has gone on.

It seems safeguarding in some of these schools has become more of a tick box exercise or a form of wokery rather than genuinely looking after the welfare of students.

It has been suggested to me by a parent that one of the schools brought to public attention for serious neglect was more focused on getting rid of the male/female divide of its toilets (subsequently reversed) than dealing with the problems female students faced.

What is more surprising is that apart from the stories emerging daily in the media – and the welcome response from the Children's Commissioner – very little has been said by the Government or the Opposition, apart from minor quotes to newspapers. However, the investigation announced by Scotland Yard is welcome.  It may well be necessary for the police inquiry to go wider to more schools.

It seems that just as schools appear to have neglected the safeguarding of these pupils, so the political class must not potentially compound that neglect by giving the impression that these things should be swept under the carpet as "too difficult".

A number of things need to happen. I will be asking the children's minister to make a statement as soon as Parliament returns after the Easter recess to set out a plan of action.

After the police investigation, there should be an independent inquiry looking into all these allegations – what exactly has gone on, why it was allowed to take place and what the schools did to try and stop it. Rather than marking their own safeguarding failures (as some schools are trying to do by appointing their own judge and jury), headteachers and governors should be held directly accountable. If found wanting, they should step down from their positions.

Given that it looks that safeguarding has fallen short, there should be a fundamental review of school safeguarding and just one body responsible for safeguarding inspection of private schools – Ofsted – rather than the current system, which allows the independent sector to have its own inspection regime.

There must be a national helpline, funded by these schools, to ensure that when such abuse takes place female students in particular can report confidentially and get advice and assistance. The schools have to be required to provide mental health and wellbeing counsellors, to give support for present and past pupils affected by these awful revelations.

But what has been brought out into the open by the courage of students who have documented their personal suffering also raises deeper questions.

Was the abuse of female students tolerated and blind eyes turned because of the obsession of these schools on grades before anything else? A school in the headlines affected by the allegations previously made children do four A-levels – almost over-qualifying just for prestige purposes – despite complaints from parents and the pressures it put on the pupils.

Is PSHE [personal, social, health and economic education] fit for purpose, and could more be done in the curriculum to embed the teaching of character, respect, decency and compassion? Why is it that some boys, mostly from privileged homes, are arriving at these famous private schools and not seeing girls as equal or fellow pupils to be treated with dignity, as should be expected?

We won't solve the grim experiences too many females students have by ignoring them. Whether they go to independent or state schools, it is incumbent on the Government, education bodies and schools to safeguard these children and not damage their life chances to climb the education ladder of opportunity.