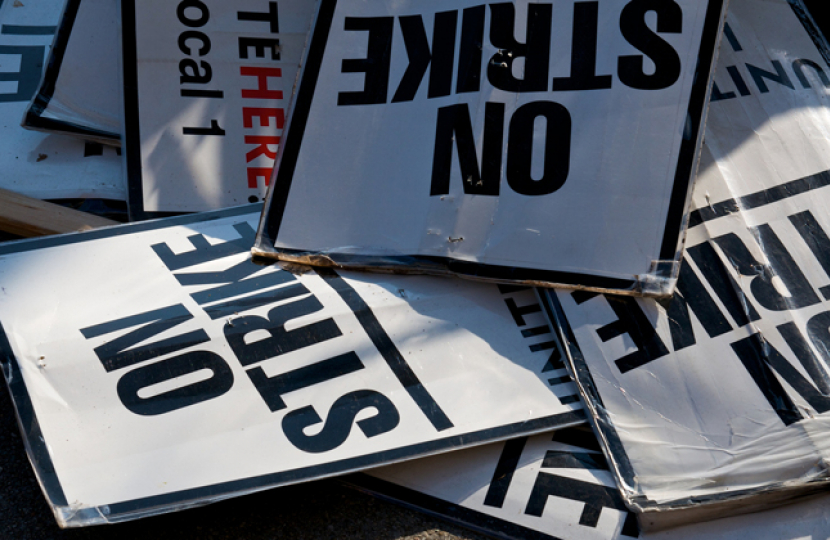 Industrial action has taken place across almost every sector in recent weeks, causing disruption to commuters, adding extra pressure to emergency services and threatening children with even more school closures. This week, the Government has announced a plan to ensure trade unions maintain a minimum level of service during periods of strike action.

The new law will ensure that vital services, including healthcare, rail, fire and border security, cannot shut down completely when workers strike, in order to maintain critical and in many cases life-saving services. The Government is also assessing what level of service must be provided by ambulance, fire and rail services during a time of strike, recognising that disruption to blue light services puts lives at immediate risk, whilst working with other sectors to reach voluntary agreements on the level of service to be provided.

This will mean that Harlow people commuting to London, Cambridge and other towns across the East of England will be able to do so, even when industrial action is taking place, with minimum levels of service guaranteeing train will keep running.

Commenting on the new law, Robert Halfon said, “I welcome the Prime Minister’s invitation to trade union leaders to hold balanced talks this week to avoid further strike action. I understand that some progress has been made but talks will continue and it is my hope that an agreement can be reached.

“I completely understand that rising food, fuel and energy bills are causing many hard working people in Harlow and the villages to face uncertainty this winter but I would like to reassure everybody that the Government is taking decisive action to halve inflation which will help those struggling with the cost of living, especially on food and fuel bills. The Prime Minister’s pledges to grow the economy will create more better-paid jobs and boost skills for people in Harlow; and reducing the national debt will enable greater investment in Harlow schools, healthcare and police.

“The Government’s plan to create minimum service requirements will protect worker’s right to strike whilst also ensuring that vital public services can continue, protecting local residents and minimising disruption to the wider community.”