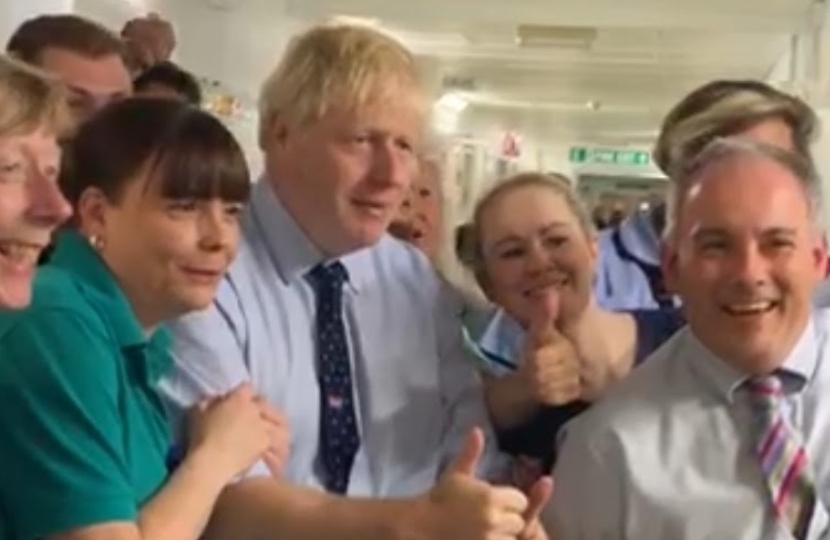 I absolutely believe those NHS workers on lower earnings should get a pay rise greater than 1 percent and I will be making that case to the Government.

Alongside Harlow residents, I am hugely appreciative of everything the NHS staff in our Princess Alexandra Hospital have done during this awful pandemic. All of us have directly or indirectly benefited from the extraordinary hard work of NHS staff, who have gone above and beyond to care for us, our family, friends and neighbours.

It is why I have not only fought for hundreds of millions of pounds for a new Harlow Hospital, but also for investment at Princess Alexandra including the £400,000 upgrade to the A&E department and the £2 million needed for urgent infrastructure repairs.

Further to this, I also urged for the restoration of nursing bursaries - which has now happened, meaning more nurses will be able to afford to study. I have been campaigning relentlessly for more nursing and healthcare degree apprenticeships to allow healthcare workers to earn wages whilst they train. (Politics Home, 14 May 2018, link). (Hansard, 9 May 2018, link).

It is also important to note the following.

The Government does not take these decisions to be unpopular and they may sometimes get things wrong.  But these decisions are being taken under in the difficult economic and financial circumstances our country currently finds itself in as a result of the pandemic.

The other issue is that millions of workers have lost their jobs or their incomes. The Government has to make certain that the decisions it makes do not increase the burden for workers by having to raise taxes, because of higher spending in other areas.  Whichever way we look, there are no simple answers to these decisions.

It is easy for the political Opposition parties to campaign for more funding and win themselves short-term popularity, because they do not share any of the responsibility for the difficult spending decisions that the Government has to make.

I have worked hard to get more money from the Government for our NHS in Harlow. I will continue to do all I can to get the investment that our hospital, GP Surgeries and NHS Staff will always need.