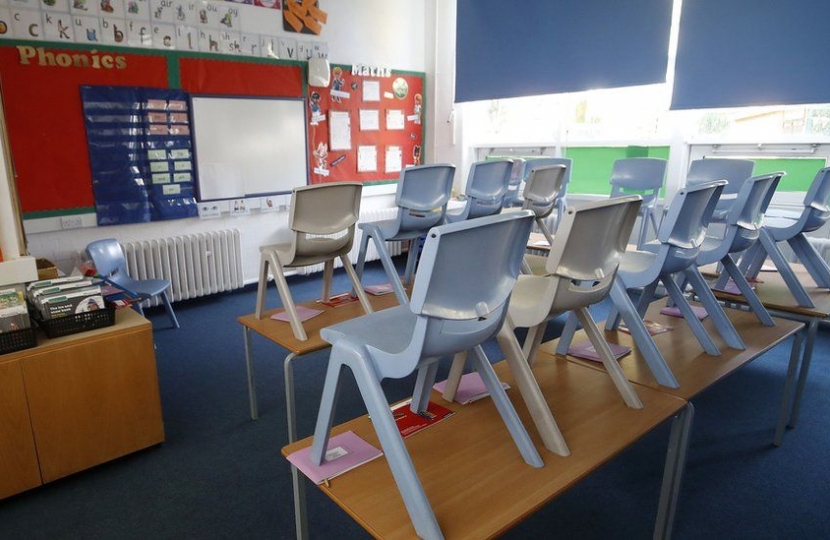 I welcome the debate. I begin by paying tribute to all the teachers and support staff in my constituency of Harlow and the villages for all their work to try to keep children learning over this difficult time.

My views on education funding are clear. Before the 2019 election, the Education Committee published a proposal that focused on a long-term plan for a secure funding settlement for schools and colleges. I have campaigned hard, since Easter 2020, for money to be spent on a catch-up fund because of damage from school closures and the lasting effect on children. That is why, while not a lockdown sceptic, I was a schooldown sceptic. My position is therefore clear.

However, I reject the premise of the motion because it implies that the Government are doing nothing for education funding. The Secretary of State and the Schools Minister deserve credit for the £3 billion that has been secured for the catch-up premium and recovery, as does my constituency neighbour, the Minister for Children and Families, for the extra £220 million for the holiday activities and food programme, for catch-up, sporting and wellbeing activities and free school meals. Many millions of pounds extra have been given to local councils and charities to ensure that children are fed properly. There is also an extra £79 million for mental health. The motion should have acknowledged that extra funding.

At any other time, funding of more than £3 billion to the schools system would be welcome, especially when £400 billion has been spent on the covid pandemic. With all that in mind, I want to focus on two matters. The first is the catch-up fund and ensuring that it reaches the most disadvantaged pupils. The second is my hope that the Government will implement an important part of Sir Kevan Collins’s recommendations—a longer school day. I have huge respect for the shadow Education Secretary, but she still did not make it clear whether the Labour party genuinely supports a properly structured, longer school day.

My worry about the catch-up fund is that it appears that not enough is reaching disadvantaged pupils. Recent figures suggest that 44% of people receiving the pupil premium were missed. There is also significant regional disparity: for example, there is huge take-up in the south- west, but just 58% take-up in the north-east. If the catch-up programme is to be the success that I believe it could be, Ministers must ensure that funds are directed towards the most disadvantaged pupils who have learnt the least during the pandemic.

Perhaps one way of doing that is to allow schools more autonomy to choose their tuition routes to permit teachers to choose their own catch-up tutors, not leave it solely to the groups already chosen by the Department for Education, however good they may be. I accept that there must be absolute, definitive criteria for quality and outcomes. The teachers and support staff are best placed to identify those most in need of additional support and they can offer the quality catch-up that those pupils require.

I want to discuss the key part of Sir Kevan Collins’s plan. It is no good going on about his resignation if a key part of his plan is rejected, as it appears that the Opposition are doing. It is the idea of a longer school day. I was encouraged by the Secretary of State’s response to my question during the statement on Monday. He said that “there is a body of evidence that can be collected that shows that extra time in the classroom can deliver real benefits for pupils. It is about getting the combination right.”—[Official Report, 7 June 2021; Vol. 696, c. 691.]

The Schools Minister has been even more encouraging today about what could happen once the evidence is there. That is a huge step forward.

I have said previously in the House that I am talking not about an extended school day in terms of pupils learning algebra—though, knowing the Schools Minister, he would be delighted if that occurred—until 7 o’clock in the evening, but a combination of academic catch-up and extracurricular activities to improve mental health and wellbeing. We know that 39% of academies set up before 2010 have seen success for pupils from the introduction of a longer school day, and I have seen that in my constituency. I urge the Government in the meantime to set up some school pilot schemes in disadvantaged areas of the country, inviting civil society groups to help to run the extracurricular activity, and gather the evidence that will feed into the proposals for the comprehensive spending review.

In conclusion, the Government have provided a hefty starter, with billions of pounds allocated to catch-up funding, mental health wellbeing and free school meals. This commitment to education, alongside the lifetime skills guarantee and the Chancellor’s kickstart funding for apprenticeships, shows real direction of travel. I mentioned that this was a hefty starter—the main course will be a serious long-term plan for education, along with components such as a longer school day with a secure funding settlement. I hope—the Minister suggested this in his statement today—that the Government reach this point by the time of the comprehensive spending review later this year.