Our chaotic prison education system is crying out for an overhaul 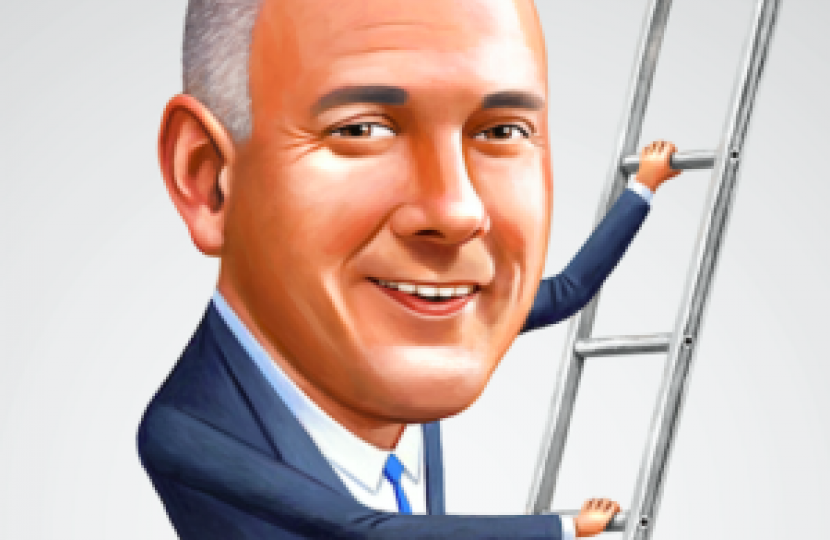 For the majority of offenders, prison must be a place where the skin of an old life is shed, and a new one begins.

Education – from a practical apprenticeship to a masters’ degree – must act as a kind of restorative justice that gives prisoners the chance to build the confidence, skills, and knowledge they need to change their lives; to start again and get good employment when they finish their sentence.

For the past eighteen months, the Education Committee, which I chair, has been conducting an inquiry into the state of education in prisons.

One of the key recurring themes we heard from all our witnesses was that education is one of the most important factors in reducing re-offending. Indeed, research from the Ministry of Justice shows that those who had participated in education whilst in prison were 7.5 per cent less likely to reoffend within twelve months of release.

However, evidence also shows that only 17 per cent of adult prisoners were actually in employment.

Six years after the publication of the Coates Review into prison education in 2016, our Committee found that the ambition set out in this landmark review had not been pursued or met.

Almost two thirds of prison inspections conducted by Ofsted show poor quality management of the education, skills and work provision, with nine of thirty-two inspected institutions achieving a ‘good’ or ‘outstanding’ rating compared with eight out of ten providers for further education in the wider community.

Prison education is often paid at a lower rate than unskilled work, acting as a disincentive to engage with education.

Perhaps most worryingly of all, data shows that over 30 per cent of offenders have a learning difficulty or learning challenges but there are only 25 qualified Special Education Needs Co-ordinators (SENCos) across all public prisons, equating to just one SENCo for every four prisons.

And to cap it all off, the physical and digital infrastructure of prisons is in a dire state, with the majority of prisons without the cabling or hardware to support internet access, or a digital device which would enable prisoners to access remote learning through courses on offer by the Open University, for example.

Now, I’m not saying that every offender should be given a state of the art MacBook Pro, or the ability to freely surf the internet. But as the Fourth Industrial Revolution approaches, prisoners will need the digital and technical skills not only to support their ability to learn, but also to acquire the skills necessary for their future employment opportunities.

As our new report makes clear, the arguments for placing education at the heart of the prison system is a no-brainer.

I welcome the commitments the Government have made to date, for example in supporting my campaign to allow offenders to undertake formal apprenticeships from the prison (previously this was not possible). I tabled an amendment to the Skills Act urging for this to be done and am hugely grateful to both Dominic Raab and Nadhim Zahawi for pledging to make this happen.

But it must go further and support a root-and-branch overhaul of the chaotic prison education system as it currently stands.

First, there must be a culture shift in prisons which embeds education at the heart of the system. The Government should appoint a Deputy Governor for Learning in each prison, with a clear and meaningful education and skills plan related to employment and training which would be monitored by Ofsted.

Second, there must be a universal and rigorous assessment process and screening for every prisoner upon entry to identify people’s educational abilities and any SEND or additional learning needs, as well as their academic achievements. Funding should be properly allocated to allow for one SENCo per prison.

Third, individual education passports should be introduced which contain a record of each prisoner’s learning and educational needs. This would facilitate better transfer of studies as prisoners move from prison to prison. Offenders’ ongoing education, and whether their studies can be sustained, should also be taken into account when deciding whether to move prison learners.

Stronger incentivisation for learning should also be considered, such as making pay received for education equal to the amounts received for work, as long as offenders can demonstrate progress within their studies.

Fourth, businesses could be encouraged through financial incentives, such as through the apprenticeship levy, to overcome their reservations and employ former prisoners. The Government must also commit to publishing a clear timetable to set out the roll-out of employment hubs across the prison estate and the establishment of Employment Advisers within the prison system.

Finally, prisoners should be provided with effective digital equipment to enable them to conduct proper online learning.

As Dame Sally Coates said, “Let there be no doubt. Education should be at the heart of the prison system.”

I completely agree. The founding principal of the prison estate must not just be about justice, but to prevent re-offending too, with education acting as the keystone to achieving this ambition.

I urge the Government to carefully consider the steps set out in our Committee’s report which would reframe learning in the prison system and ensure every prisoner is able to overcome the challenges of their past and climb the ladder of opportunity into their future.