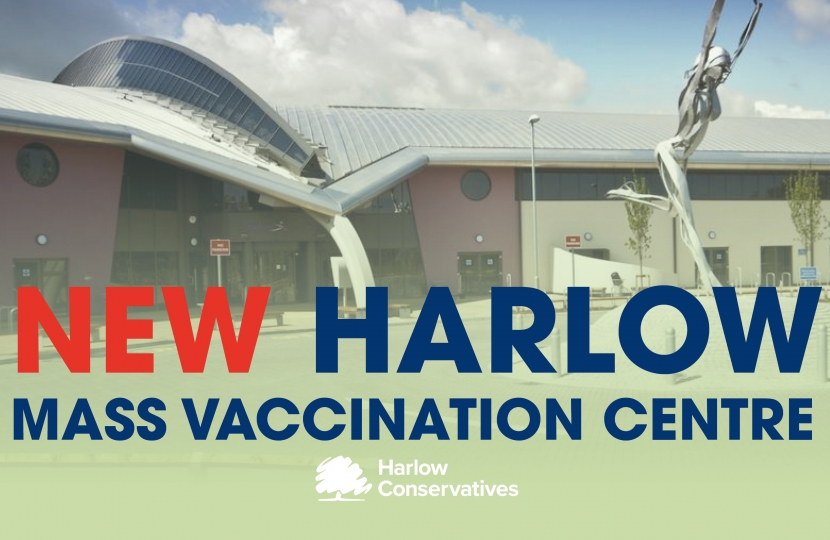 In a statement in the House of Commons, Harlow's MP, Robert Halfon, asked the Prime Minister to "pay tribute to the staff and volunteers who are working so hard to scale up the programme of vaccinations in Harlow and delivering the life-saving vaccines to thousands of residents in our new mass vaccination centre".

The Prime Minister responded "Yes, indeed, I join my right hon. Friend in congratulating not just the NHS, the Army and the pharmacies but the volunteers who are making the vaccine roll-out possible."

In his statement the Prime Minister also announced extra support for Harlow's school children including:

Mr Halfon, who has been vigorously campaigning for the additional support, welcomed the news by saying "I really welcome what he has said today about catch-up, the extra funding, free school meals and, above all, the education plan for a covid recovery" and asked the Prime Minister to ensure that "the catch-up fund also helps children with mental health problems" - which the Prime Minister confirmed.