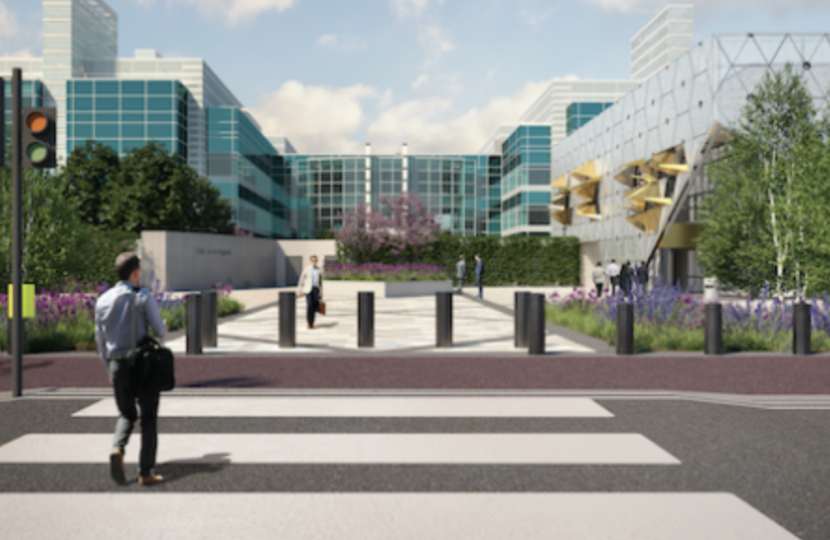 Last night, Harlow’s MP, Robert Halfon led a debate in the House of Commons on the relocation of Public Health England to Harlow. He passionately set out the case for Harlow and highlighted the immense benefits of the move to the town and surrounding areas as well as to the public health provision for the whole UK.

“Significant funding has already been committed to the Harlow site. I understand that the total amount of money spent on the project is approaching £250 million” said the Harlow MP. He disclosed that a “further £120 million worth of investment has been agreed” for the year ahead, which he made clear is “a real commitment from the Government”.

He further stated that “not only has significant investment taken place, but also the plan for the creation of a public health science campus in Harlow is now mature and shovel-ready” and “considerable site demolition work has been completed”.

“First, the need for updated facilities has become even more important given the current public health context. We must learn lessons from the Covid-19 pandemic” he said, highlighting that the Government’s own website which makes clear that learnings from the pandemic “will place Harlow as one part of the public health system for the development and application of a range of public health interventions”.

“Second, Harlow’s location within the UK Innovation Corridor makes it the ideal location for the creation of such a campus” he continued. Mr Halfon elaborated that “the proximity of the campus to the town’s Enterprise Zones and Science Park, makes Harlow and the Science Hub the best location for business and research partnerships” he added that “the new Harlow hospital expected by 2025 will also create greater opportunity for health-science partnerships, skill-sharing and research.” Combining these factors could make the East of England the “public health science capital of the world” he believes.

Mr Halfon concluded by making clear the significant benefits of the move to Harlow. He evidenced the impressive span of Government investment coming into Harlow including the new £81 million junction 7a, the Enterprise Zone and Science Park, the £23.7 million Town Deal as well as the huge investments into Harlow College - which he described as “one of the finest FE colleges in England”.

He said that relocation of PHE is “the golden thread that would tie all of this investment together” bringing thousands of jobs, opportunities and significant growth to Harlow’s local economy.

Public Health England forecasts that the move will create 2,900 gross permanent jobs and generate around £80 million per annum across Essex through employment, skills, STEM, local procurement and support for the local economy.

In response to Mr Halfon’s passionate speech, the Minister for Public Health, Jo Churchill MP, congratulated the Harlow MP for his hard work in securing the move. She explained that the Government is working “to bring together scientific and public health expertise with operational agility” and that Harlow is “wonderfully placed” in the UK Innovation Corridor with “potential to realise”.

She highlighted further many of the Government investments coming into Harlow including the new Harlow hospital which she described as being at the “vanguard”. Ms Churchill added that the Government is continuing to work on the Harlow relocation to “the transformation in public health”.

In response to a recent Parliamentary Question from Mr Halfon to Ms Churchill, the Minister explained that “the 2020 Spending Review provided funding for the 2020/2021 financial year in excess of £120 million” to advance the Harlow site.

Mr Speaker, thank you for granting this Urgent Question.