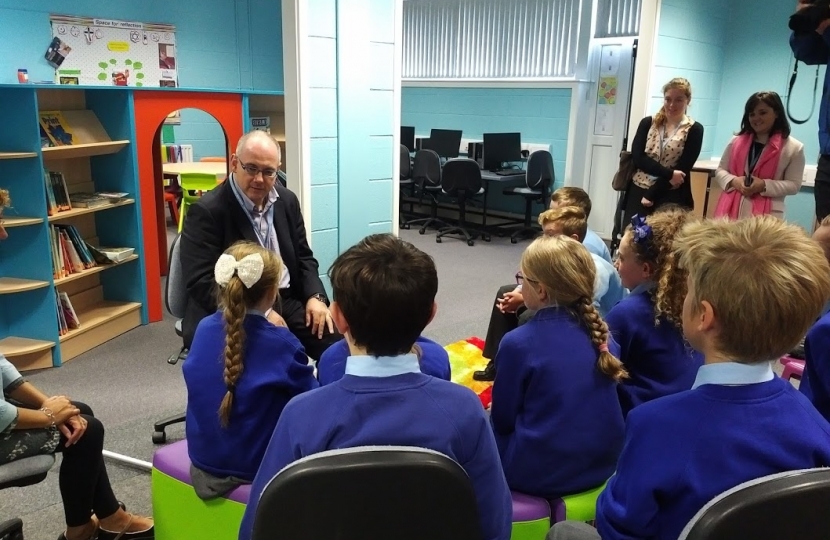 The Government has today announced that they will be investing into Burnt Mill Academy to rebuild the school as part of the Government’s £500 million school rebuilding programme following lobbying from Harlow’s MP, Robert Halfon. The money is aimed at ensuring that pupils benefit from new, modern, energy efficient school buildings.

The Government is also today confirming another core funding boost for schools through the National Funding Formula. Every pupil is set to benefit from the largest funding increase in a decade as part of a £14.4bn funding increase, first announced in 2019. The announcement was made following Mr Halfon’s Education Committee report calling for more funding for Harlow’s schools.

The exact details of the works at Burnt Mill Academy will be announced soon.

Harlow’s MP, Robert Halfon, said: “I have worked hard in Parliament to secure more funding for Harlow’s schools to ensure that every young person in Harlow has the chance to climb the education ladder of opportunity. I am delighted that today the Government has announced that they will be investing to rebuild Burnt Mill Academy and increase per pupil funding across all Harlow schools.

“I will continue to work hard to secure more money for our schools and ensure that every young person in Harlow has a superb education.

“I would also like to pay tribute to Harlow’s incredible teachers and support staff who have worked tirelessly over the past year in the most testing of circumstances to keep our children learning.”