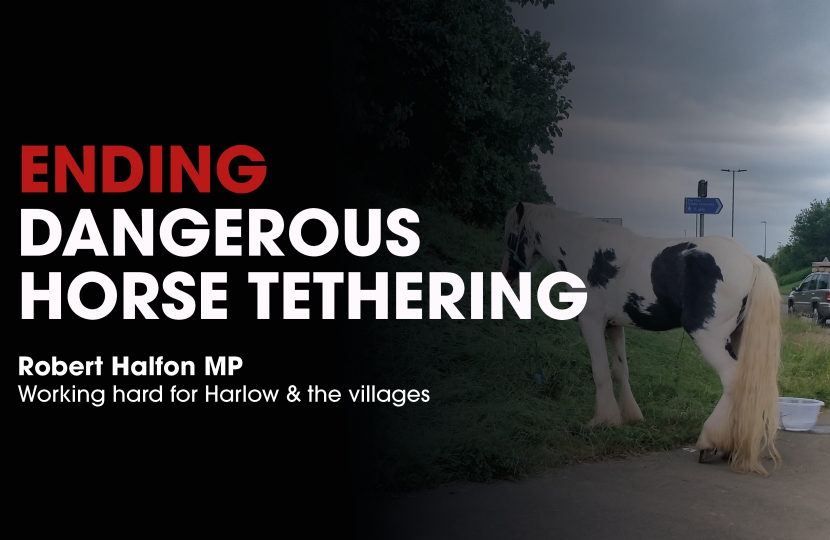 Harlow’s MP, Robert Halfon, has written to the Environment Secretary and tabled a parliamentary motion about the need for amendments to animal welfare legislation aimed at ending dangerous horse tethering.

In his letter to the Environment Secretary, Mr Halfon, noted that he had “been in contact with many Harlow residents about the safety and welfare of tethered horses around our town”. He explained that “the welfare of our horses should be paramount and the code of practice and relevant legislation needs to be clear-cut, allowing no room for interpretation and giving the relevant authorities the means and confidence to deal with this issue”.

Mr Halfon has called for four key changes to legislation:

Commenting on the campaign, Mr Halfon said: “It is so saddening to see so many horses tethered on dangerous roadside locations around the town - particularly in the winter months. That’s why I am working hard to secure changes to animal welfare legislation that would help to put an end to this once and for all.

“I would encourage any resident concerned about the welfare of tethered horses to contact the RSPCA and report the case. I will be campaigning hard in Parliament to ensure that this can no longer happen.”