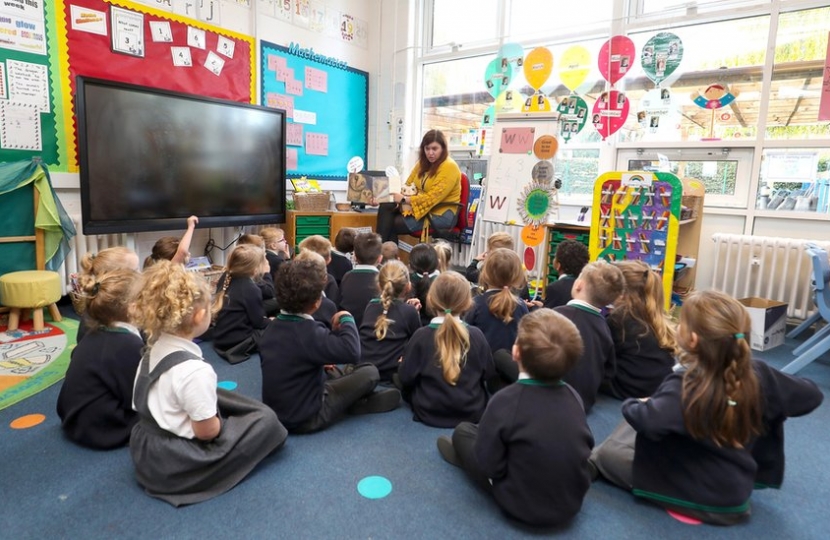 First published in The I newspaper:

The last year has been nothing short of a national disaster for our young people – so let’s get one thing on the table. The £3bn total investment which has been promised for catch-up tuition is a sizable chunk of taxpayers’ money. As is the £220m for the holiday activities and food programme for disadvantaged children and young people. But this funding should be a hefty starter, not the main course.

Sir Kevan Collins resigned as the education recovery commissioner for England on Wednesday because he felt there was no main course to come. As he pointed out, 200,000 children could start school in September without being able to read properly. The average pupil has missed 115 days of school. Children face the four horsemen of the apocalypse: lost learning, an epidemic of poor mental health, safeguarding hazards and a potential loss of lifelong earnings per pupil of up to £40,000. For all these reasons and more, education must be the number one priority for the Government.

Dealing with the fallout from the pandemic is hard enough. Yet we know that the attainment gap between disadvantaged pupils and their better-off peers was already more than 18 months by age 16; that white working-class boys on free school meals underperform against almost every other ethnic group at every stage of education, and that children with Special Education Needs do not have a level-playing field, as families are mired in a treacle of bureaucracy, trying to get the right care for their children.

Of course, the financial climate is incredibly tough at the moment. The Government has spent £400bn on the pandemic and has a trillion-pound debt to pay off. But if £16bn can be found down the back of the Treasury’s sofa to fund extra funds for defence, or £800m for the new research agency, ARIA, surely there is money to be found for a proper long-term plan for education?

What is needed is real political muscle from both Number 10 and the Department for Education – a serious long-term plan for education with a proper funding settlement. Not just extra funding but radical reform: an extended school day; shorter summer holidays with weeks reallocated across the academic year; a redesigned curriculum that better prepares pupils for the world of work; more support for vocational and technical education, and interventions to close the attainment gap.

Of course, there will be debate about a longer school day, but all the evidence shows it works. According to the Education Endowment Foundation, pupils can make two months’ additional progress per year, with disadvantaged pupils benefiting from closer to three months’ progress. It’s worth noting that 39 per cent of academies founded before 2010 have lengthened their school day and I’ve seen schools in my own constituency of Harlow do so very successfully. Even if the Treasury wanted more evidence, why on earth couldn’t they fund pilot projects, perhaps in some of the most disadvantaged parts of the country, to evaluate what the impact could be alongside the catch-up programme?

It’s also time to look at education, post-16. Why is it we make children narrow their studies at A Level when, to prepare them for work, what is needed is a much wider curriculum? The Government should look at replacing GCSEs with SATs, and introducing a national baccalaureate at 16-18 that includes academic, vocational and technical education. Doing nothing is not an option.

It’s not good enough to have a piecemeal, Oliver Twist approach, forcing the sector to constantly ask, “Please Sir, can I have some more?” If there was a real long-term plan with a proper funding settlement for education – just as we have for the NHS – it would go some way to reassure the public, parents and children that education is a core part of the Prime Minister’s levelling-up agenda.