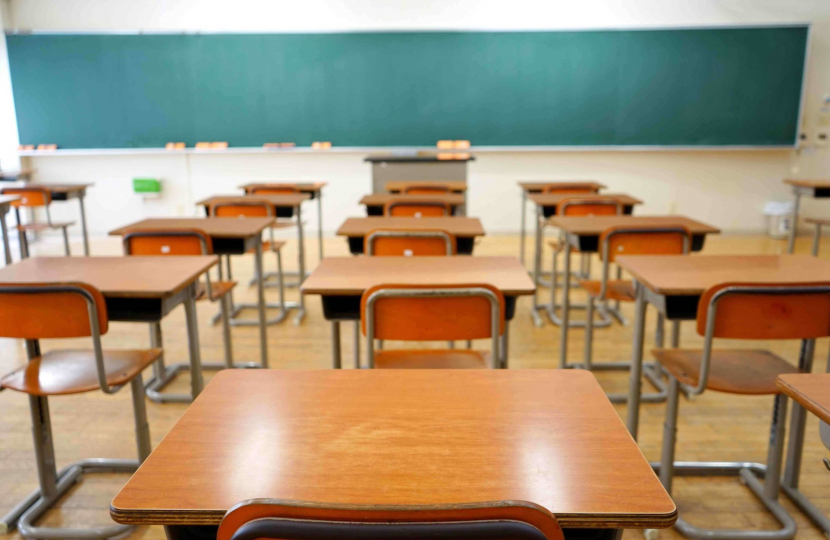 Children’s futures have been damaged with school closures for most pupils over the Covid-19 lockdowns. Not nearly enough has been done to get the 124,000 ‘ghost’ children who’ve vanished from the school register back into school, or deal with the 1.7 million persistently absent children.

The attainment gap between disadvantaged pupils and their better off peers is still eighteen months, and getting worse. White working class boys and girls eligible for free school meals underperform at every single stage of the education system compared to almost all other ethnic groups.

When it comes to addressing social injustice in our education system, we know that many disadvantaged cohorts are not being fully supported. Only 17 per cent of children with special educational needs achieve a good pass in their English and Maths GCSEs. For excluded children, this figure drops to five per cent.

As the Education Select Committee’s new report (which I chair) on the outcomes for children in care found, only seven per cent of looked-after children achieve a pass in their GCSEs. Moreover, just two per cent of these children go on to do an apprenticeship and 41 per cent are not in education, employment or training.

Even the traditional argument for and against grammar schools comes down to an argument about selection, rather than focusing attention on how many more should be enabled to attend these schools and whether or not they should be expanded to also teach technical and vocational education.

Free Schools were meant to be exciting community schools set up by parents and community groups, yet many now have been absorbed into MATs and there aren’t enough in disadvantaged areas.

If anything indicates the level of stasis it is the Schools Bill. The majority of argument over its progress through the House of Lords has been about the process and intervention powers of the Department for Education over academies. Yes, of course there are worthy things in the proposed legislation such as the improvement of Maths and English, the national register for children not in school, and a crackdown on unregistered schools.

But can we not do more?

The Conservative ‘lines to take’ for Government ministers is repeating the mantra that there are close to 1.9 million children in good or outstanding schools. Of course this is positive news.

Yet we know there are millions of children not even in school to benefit from this education despite the best efforts of teachers and support staff and, as I’ve highlighted above, disadvantaged pupils do not seem to be benefitting.

I hope that all the leadership candidates use the next few weeks as an opportunity to consider whether our education system is fit for purpose and propose some radical and thoughtful ideas for debate.

First – school vouchers. Should we be considering how to increase parental choice? After all, this is what the Governor of Arizona is doing. He recently announced a proposal to ensure eligible students can receive scholarship funds (provided directly to the parents in the shape of a $7,000 voucher) to allow them to go to the best school that suits their needs.

Second – the national curriculum. Is it fit for purpose? Ken Baker argues that it is a “Victorian curriculum” which is “exactly the same…[as] was created in 1904. It is a curriculum that I don’t think suits the generality of education in our country.” It is as if we are still sitting behind wooden desks with Mr Gradgrind calling for, “Facts, facts, facts”.

If this approach were working, we wouldn’t see so many disadvantaged pupils failing to achieve the results they desperately need in order to succeed in the future.

We might also see an education system that overcomes the skills deficit. As the Education Committee’s report into adult skills found, over nine million adults lack basic skills in numeracy and literacy. Funding for 16-18 skills education has fallen by 11 per cent in real-terms over the past decade. Since 2010, there has been a 65 per cent decline in students taking Design & Technology.

All these issues combined have contributed to a status quo where the UK currently has a skills gap costing our economy £6.6 billion per year.

Third – assessment. Why not introduce some further thinking about the International Baccalaureate? For example, Tonbridge Grammar School teaches their students the Diploma programme of the International Baccalaureate which includes sciences, maths, language, literature, individuals and societies, and the arts as well as a core programme of Theory of Knowledge, a 4,000 word extended essay and a creative project.

Surely increasing the breadth of knowledge which children learn post-16 is something that should be encouraged.

Our education policy must not just be about managerialism. As we elect a new Leader and Prime Minister, let’s have some radical thinking and fierce debate.

To borrow a phrase from Blackadder, if you don’t ‘have the stomach of a concrete elephant’, I strongly recommend you don’t read this book.

Written by Molly Kingsley and Liz Cole, founding members of the parents campaign group, UsForThem, it tells the story of how a small group of parents came together during the first lockdown when schools were closed for most pupils. Right from the start, these parents realised the damage that school shutdowns would mean for children.

They took on the educational establishment, fought the Secretary of State, battled with the National Education Union, and contacted politicians from all sides to take action and stop this damaging policy.

Over time, thousands more joined UsForThem. They are regularly heard in the media and read about in the national press. I’ve previously written about UsForThem on this very site.

Page after page lays bare the awful statistics of what happened to our children during lockdown: the impacts it had on their educational attainment, their mental health, the increased safeguarding risks and the damage to their lifetime chances.

In a painstaking way, the book also goes through the poor policy making decisions that were made and considers why no cost-benefit analysis was conducted to weigh up the risks of school closures against those of the huge damage to children.

The authors argue that in order for this never to happen again, children should be placed at the heart of decision-making, that the Children’s Commissioner should be granted additional enforcement powers, and that schools should be treated as part of the National Infrastructure.

As my Private Members Bill set out last year, by classing schools as part of the national infrastructure, it would mean that in order for any closures to happen, we would need a ‘triple lock’ of protections, including that the Children’s Commissioner would be consulted over any such proposals, with a power of veto, and a regular vote in Parliament every few weeks.

What is particularly interesting is that the book cites all those in politics, and academia, who passionately argued against school closures right from the start, but who were ignored by the establishment.

Many of those who opposed school closures were accused of being Covid conspiracy theorists or vaccine deniers, lumped in with people like Piers Corbyn, when all they wanted to do was to keep schools open and keep their children learning.

There is a wealth of evidence outlined in The Children’s Inquiry which details how pupils were not significant vectors for the transmission of Covid-19. It also considers the examples set by other countries who kept their schools open and now have very different educational outcomes compared to the UK.

I hope this book is used as evidence in the forthcoming Covid Inquiry led by Baroness Hallett. I’m not optimistic. In the first draft of the Terms of Reference for the official Covid Inquiry, children were not even mentioned until I, and many others like UsForThem lobbied very hard for this group to be included.

For me, this is symbolic of how education is often seen as the poorer relation compared to other areas of policy like defence, or health spending. For example, since 2010, the National Health Service budget will see a 40 per cent rise whereas the Department for Education’s budget will only be increased by three per cent.

There has been much talk about protecting the NHS. I hope politicians of all parties will spend as much time protecting children’s futures as well.

MPs call for schools and local authorities to face hit to Ofsted ratings if they fail to ensure that children in care receive full-time, high-quality education

First reported in Your Harlow